You may or may not know that I officially decided to switch from identifying as a vegetarian to a vegan on May 3 this year. And July 18 was the third anniversary of when I left for my solo, one-year, round-the-world trip. Because of this combination of events, I have been musing about the next chance I get to travel for a year and how I’d want to uphold the vegan values. For now, I want to start reviewing vegan products that I come across to help others discover what’s out there. My inaugural post will cover vegan smoked salmon from Sophie’s Kitchen.

Where I bought it

I was wandering around Rainbow Grocery on a Thursday afternoon and marveling at the selection of vegan items they carry. Above the refrigerated vegan meat substitutes on the top shelf, I spotted smoked salmon and did a double-take. I hadn’t heard of this product before, and what makes it even more amusing is that the back of the package indicates that it’s a “Product of Taiwan”. Despite having been living there since late September 2017, I have never encountered it at any grocery stores! 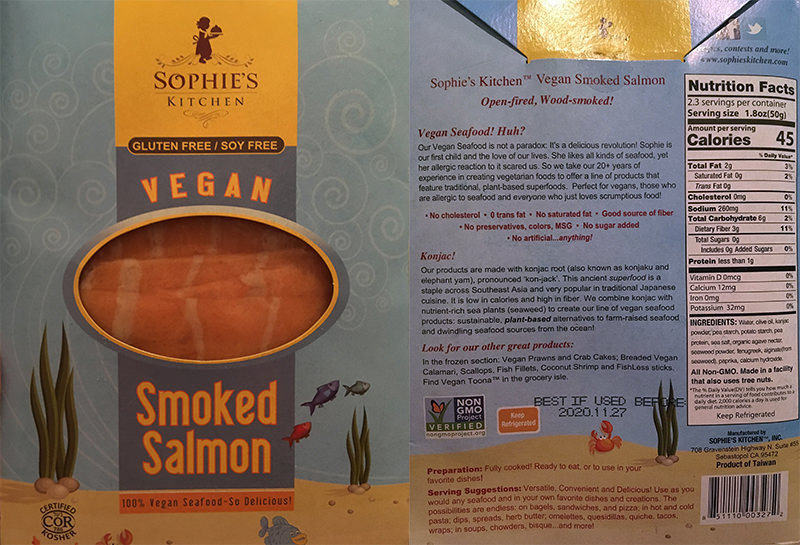 What it’s made of

I tend not to buy vegan substitutes if they have an ingredients list that’s a mile long, so I was pleasantly surprised to find that this product only has 13 ingredients, almost all of which I recognized without having to look up online. (Calcium hydroxide is used for pickling.) The primary ingredient working its texture magic is konjac, of which I’m a huge fan.

How much it cost

At Rainbow Grocery, one package of vegan smoked salmon set me back by US$5.69. It wasn’t taxed in California since it’s considered a grocery item.

The outer paper packaging was very straightforward to open, but the plastic and paper backing immediately surrounding the smoked salmon was horrifically difficult to get through, even with a pair of kitchen shears. I thought I just needed to cut through the outer edge of plastic, but it turns out that the seal is right up against the edges of the salmon. Carefully trying to avoid cutting the salmon with my shears, I eventually got through to it. 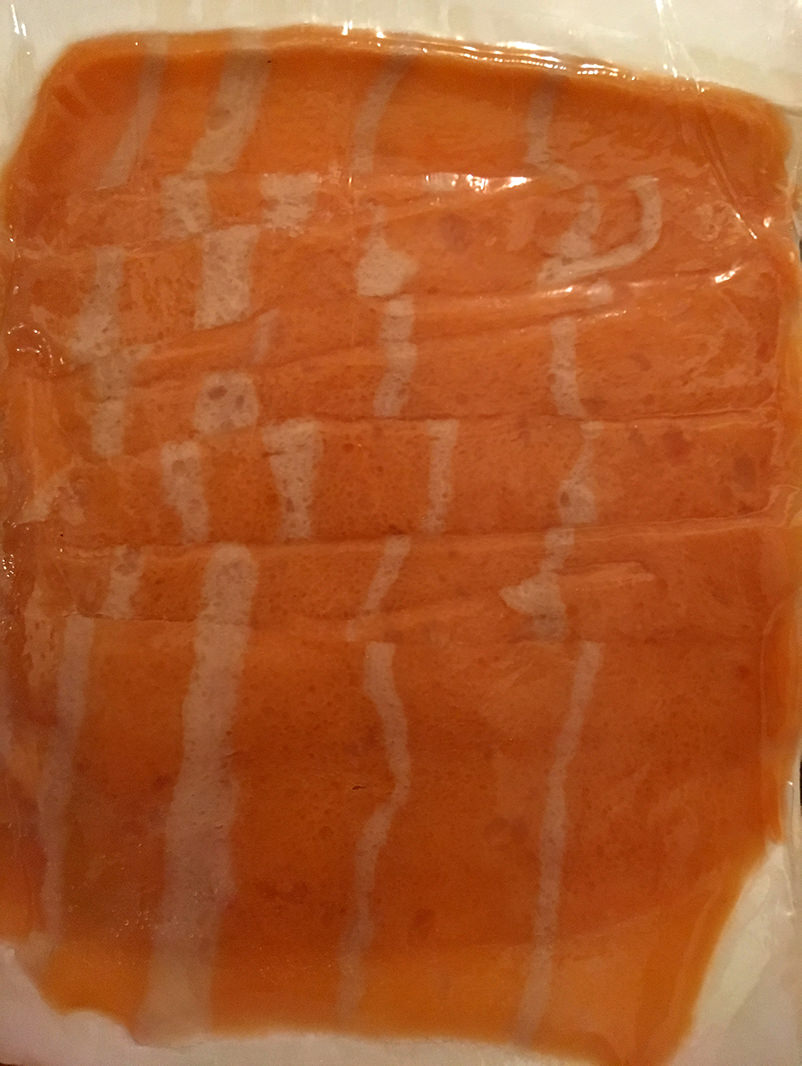 Smoked salmon on vegan crackers sounded like a good way to try it out, so I stacked two slices of the salmon, cut them into fourths, put them on top of some Trader Joe’s crackers, and topped it with some fresh vegan mozzarella from The Butcher’s Son, a few capers, some bits of red onion, and a touch of homemade toum (Lebanese garlic sauce). 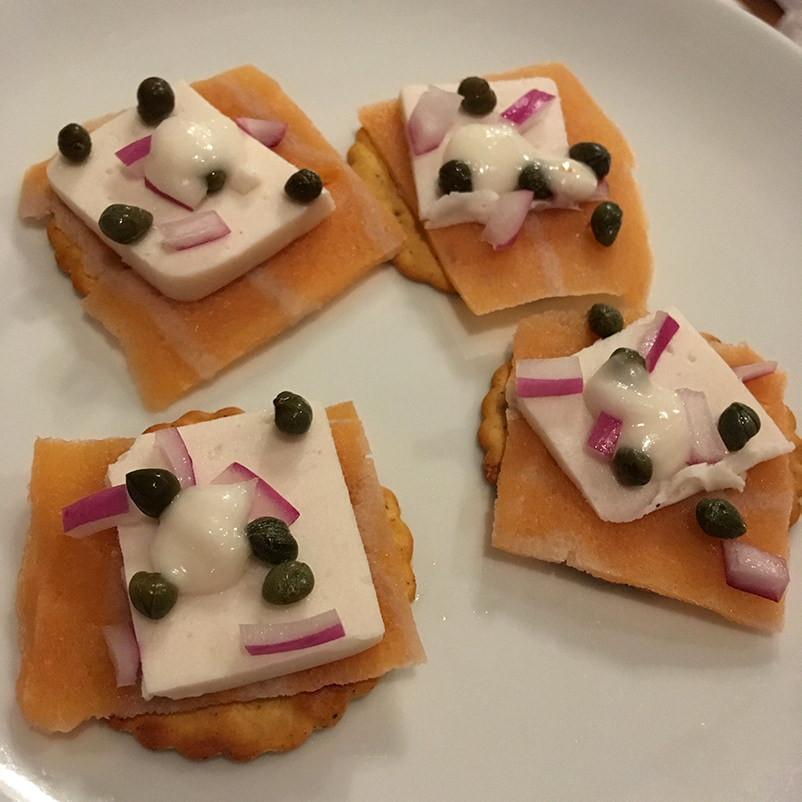 This vegan salmon fooled me when all dressed up. It was absolutely delicious and great as a late night snack when I didn’t want to eat a full meal. I would definitely want to get this again: hopefully I can find it in Taiwan somewhere!

« Previous Next: Second anniversary of... »