Most of what I got to see in Morocco involved the Sahara Desert, but I also spent a couple of days by the ocean in Essaouira and a few days inland in Marrakesh. I have mixed feelings about this country: if you think America is racist and sexist, you might be thankful that you don’t live in Morocco after you visit. But it is also a very different place if you’re looking to get away from the familiar.

This post is a little bit different because I visited many of these places as part of a tour. Enjoy the photos more so than the details of each place!

This reminds me of the Painted Desert. 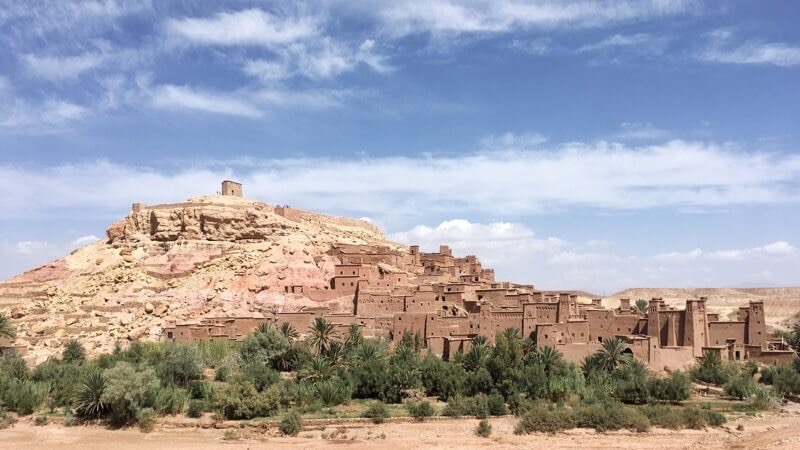 The kasbah of Aït Benhaddou has been used in many films starting in the early 1960s, including Gladiator and Indiana Jones and the Last Crusade. 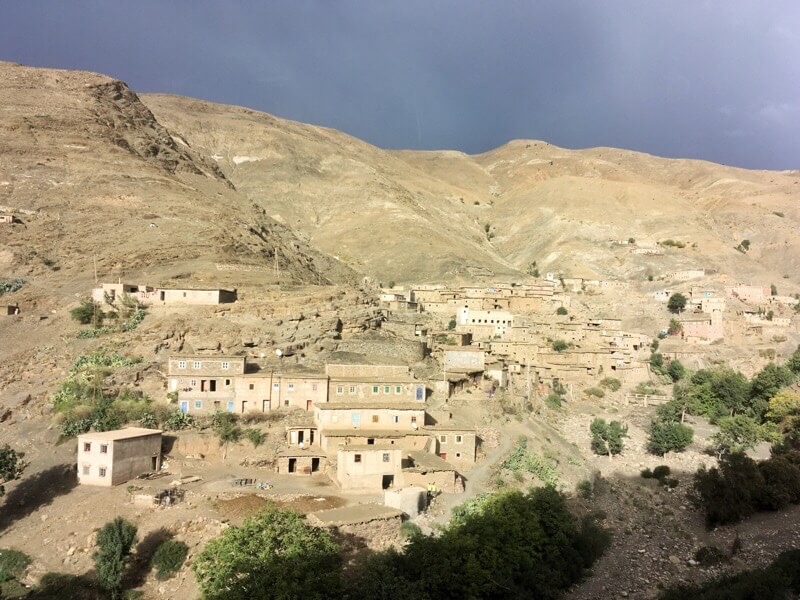 The houses just blend into the desert mountains. 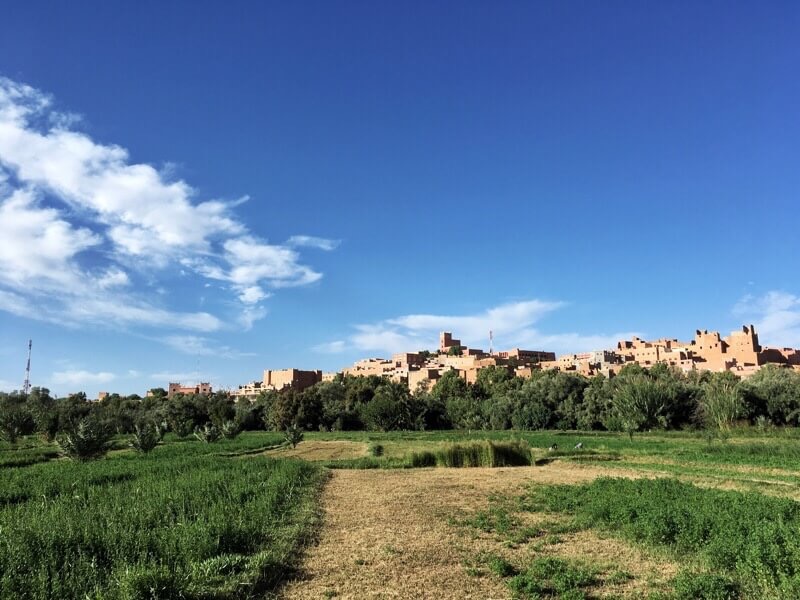 Tinghir is an example of an oasis in the vast desert. Agriculture is a key part of the local economy.

Even the Toudgha Gorge has some buildings in it, but a restaurant that was the victim of falling rocks has since shuttered its doors. 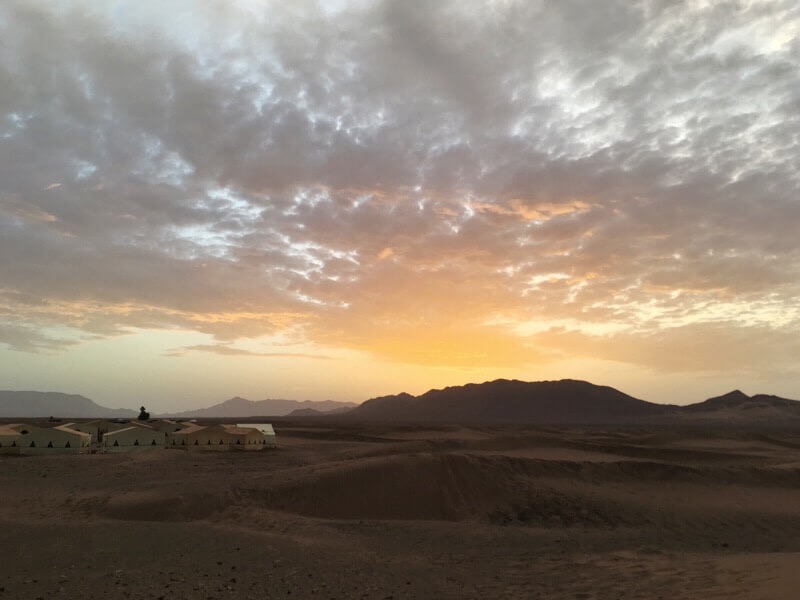 The sun rose beyond our tents in the desert near Zagora. 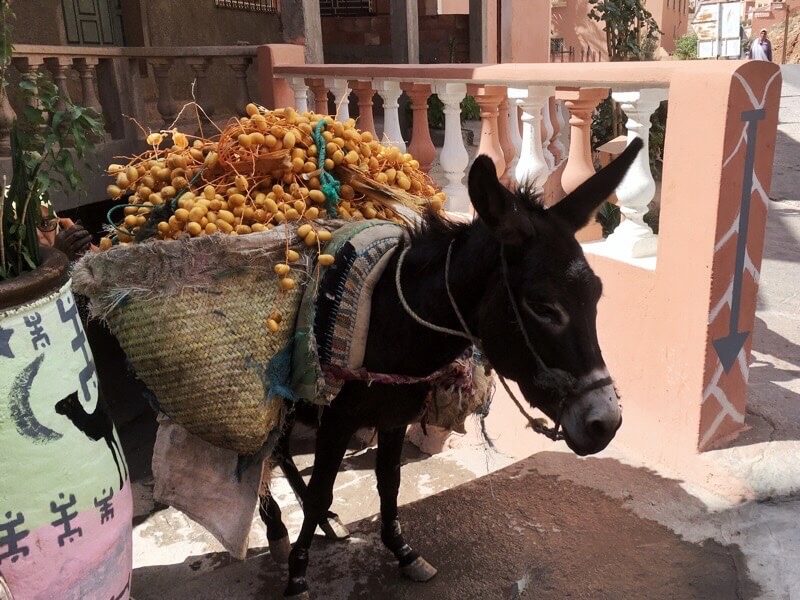 It just so happened to be harvesting time for dates, and this donkey was working hard. 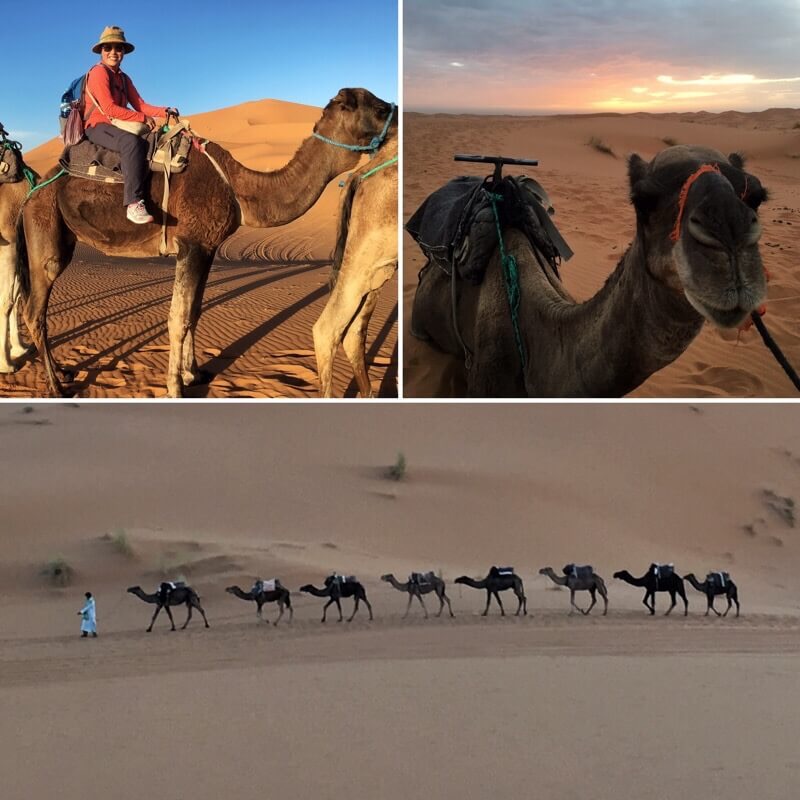 I got to ride camels four times in three days, clocking in four hours of riding time. 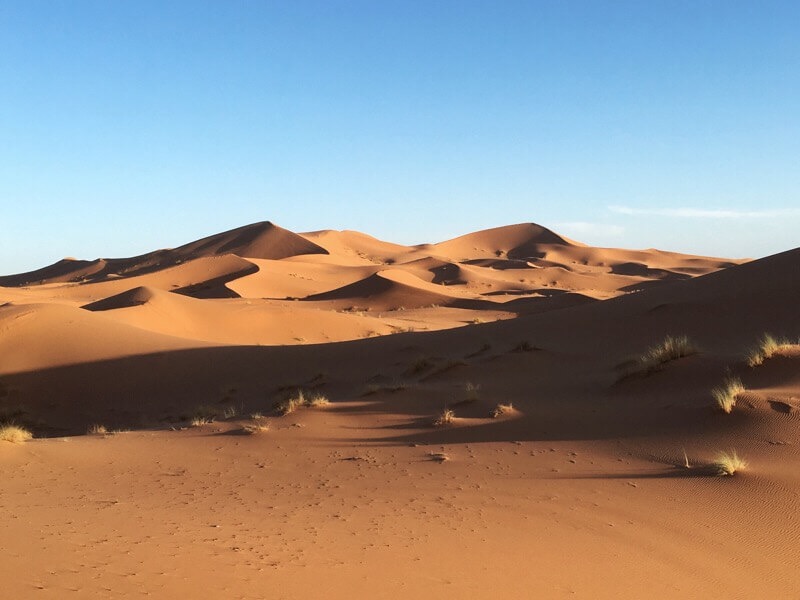 There’s something beautiful about the sand dunes: they seem to stretch out forever. 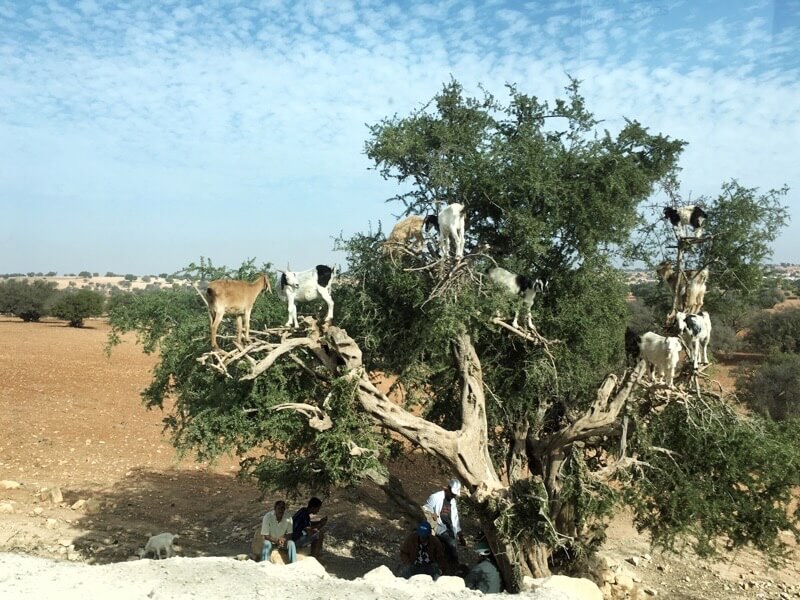 I’ve never heard of goats climbing trees, but the nuts on argan trees must be worth the effort. 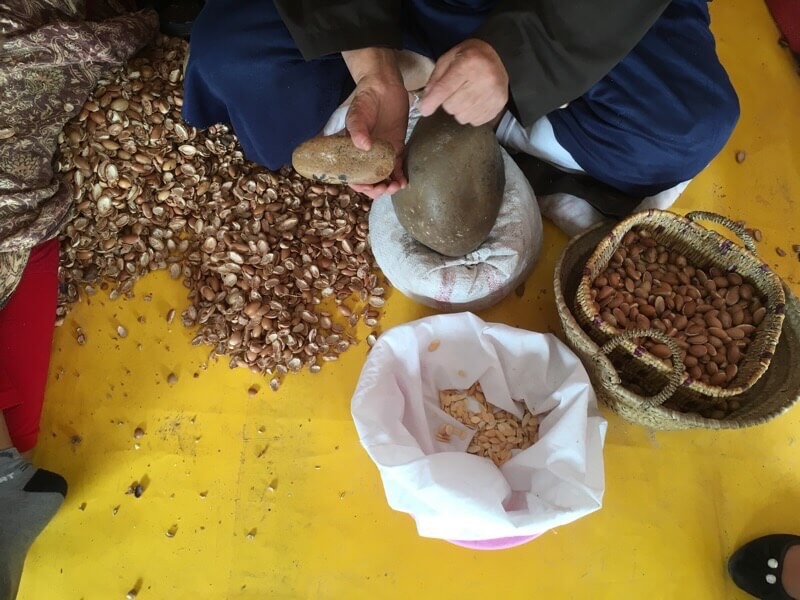 On the way to Essaouira, we visited a women’s co-op that produces argan products. Here, a woman shells the nuts: the innards are for human consumption, and the shells are fed to animals. 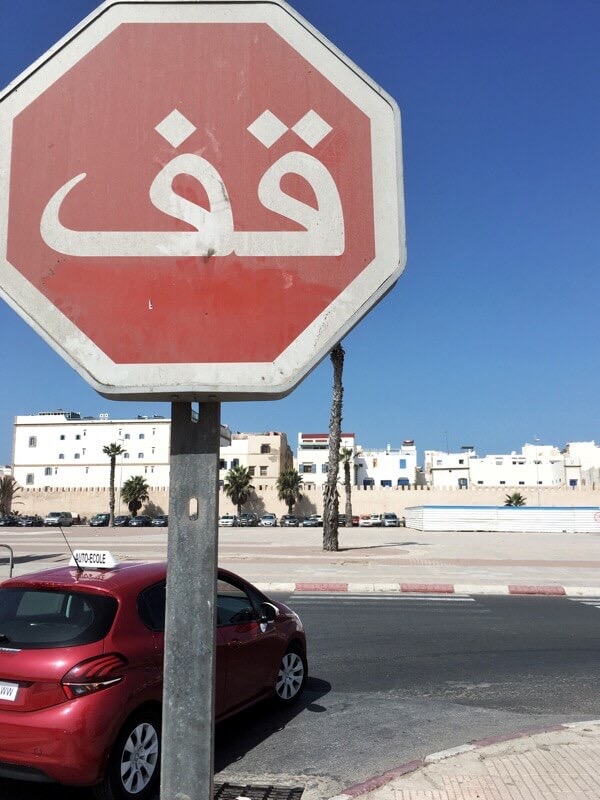 A stop sign in Essaouira: yes, it’s in Arabic. 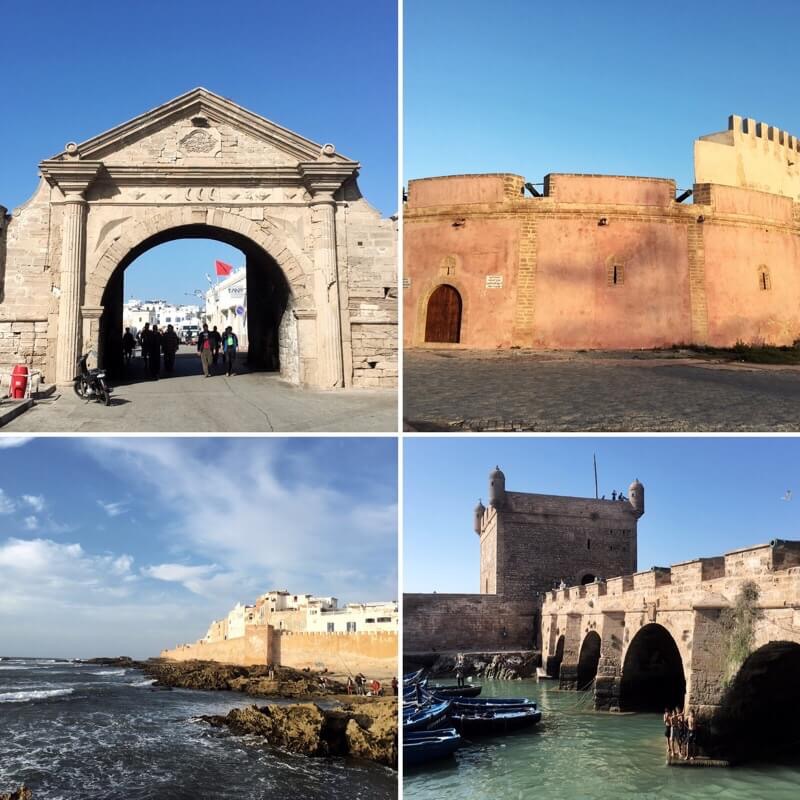 Many pieces of architecture in Essaouira were built by the Portuguese. 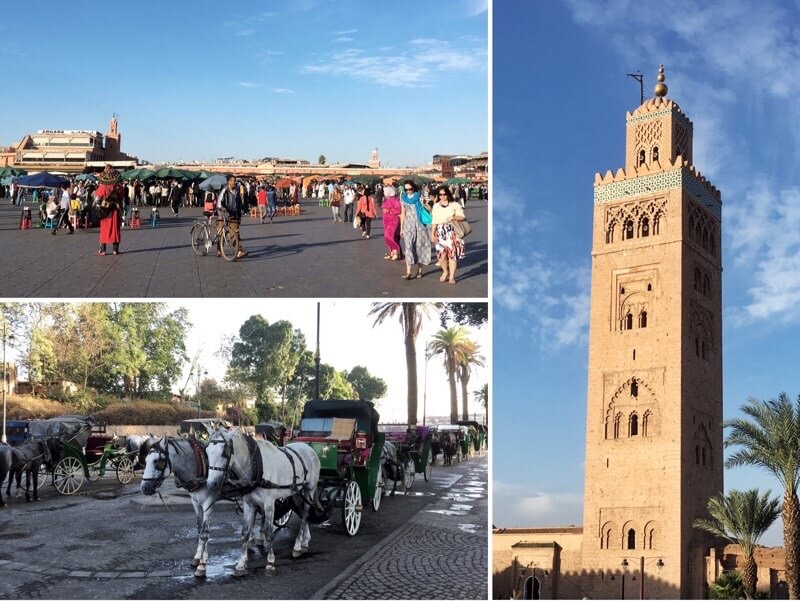 Marrakesh’s medina is where you’ll find the famous Jemaa el-Fnaa square, the horse carriage street, and Koutoubia Mosque. Be sure to stay at least 30 feet / 10 meters away from all vendors in the square unless you want to be scammed.