Visiting the Nagasaki Peace Park and Atomic Bomb Museum moved me to shed tears. My heart grew heavier as I listened to the testimonials of the bombing survivors. Tomihisa Taue, the major of Nagasaki, delivered this speech on August 9, 2016, the 71st anniversary of the atomic bombing during World War II. I think it is worth sharing with a wider audience than those who can make it to the museum.

The instant that the single nuclear bomb dropped by a U.S. military aircraft on Nagasaki City at 11:02 AM on August 9, 1945, exploded in the air, it struck the city with a furious blast and heat wave. Nagasaki City was transformed into a hell on earth; a hell of black-charred corpses, people covered in blistering burns, people with their internal organs spilling out, and people cut and studded by the countless fragments of flying glass that had penetrated their bodies. 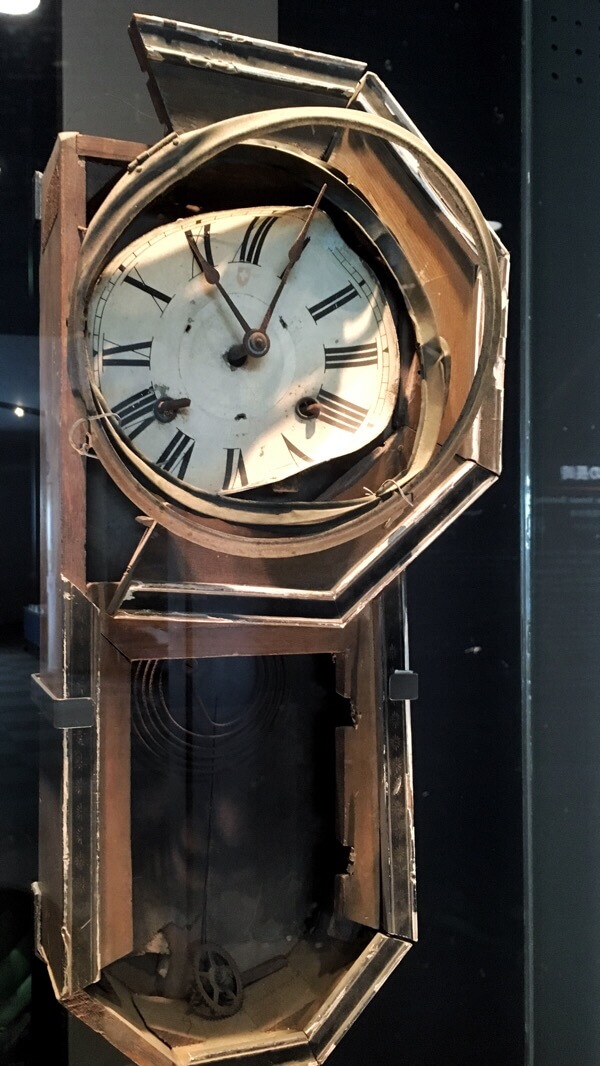 The radiation released by the bomb pierced people’s bodies, resulting in illnesses and disabilities that still afflict those who narrowly managed to survive the bombing.

In May this year, President Obama became the first sitting U.S. President to visit Hiroshima, a city which was bombed with a nuclear weapon. In doing so, the President showed the rest of the world the importance of seeing, listening, and feeling things for oneself. 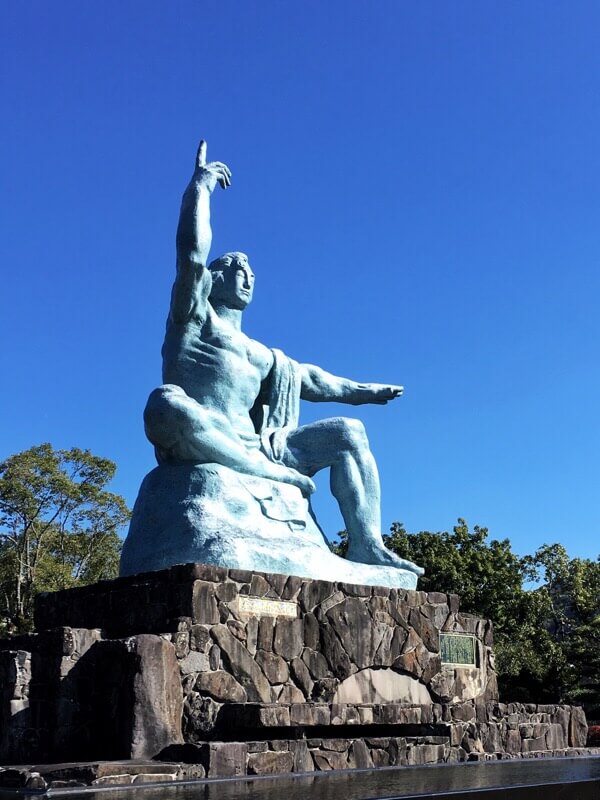 I appeal to the leaders of states which possess nuclear weapons and other countries, and to the people of the world: please come and visit Nagasaki and Hiroshima. Find out for yourselves what happened to human beings beneath the mushroom cloud. Knowing the facts becomes the starting point for thinking about a future free of nuclear weapons.

This year at the United Nations Office at Geneva, sessions are being held to deliberate a legal framework that will take forward nuclear disarmament negotiations. The creation of a forum for legal discussions is a huge step forward. However, countries in possession of nuclear weapons have not attended these meetings, the results of which will be compiled shortly. Moreover, conflict continues between the nations that are dependent on nuclear deterrence and those that are urging for a start of negotiations to prohibit nuclear weapons. If this situation continues, then the meetings will end without the creation of a roadmap for nuclear weapons abolition.

Leaders of countries possessing nuclear weapons, it is not yet too late. Please attend the meetings and participate in the debate.

I appeal to the United Nations, governments and national assemblies, and the civil society including NGOs. We must not allow the eradication of these forums where we can discuss legal frameworks for the abolition of nuclear weapons. At the United Nations General Assembly this fall, please provide a forum for discussing and negotiating a legal framework aimed at the realization of a world without nuclear weapons. And as members of human society, I ask you all to continue to make every effort to seek out a viable solution.

Now is the time for all of you to bring together as much of your collective wisdom as you possibly can, and act so that we do not destroy the future of mankind.

The Government of Japan, while advocating nuclear weapons abolition, still relies on nuclear deterrence. As a method to overcome this contradictory state of affairs, please enshrine the Three Non-Nuclear Principles in law, and create a Northeast Asia Nuclear Weapons-Free Zone (NEA-NWFZ) as a framework for security that does not rely on nuclear deterrence. As the only nation in the world to have suffered a nuclear bombing during wartime, and as a nation that understands only too well the inhumanity of these weapons, I ask the Government of Japan to display leadership in taking concrete action regarding the creation of a nuclear weapons-free zone, a concept that embodies mankind’s wisdom. 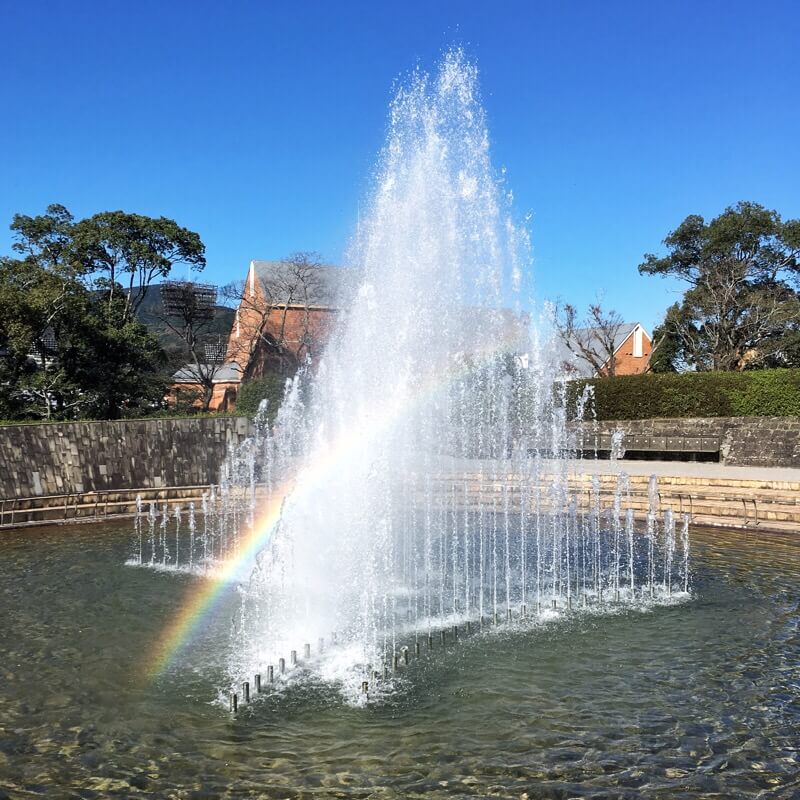 In the midst of this distrust between nations, countries with nuclear weapons have developed evermore destructive weapons with increasingly distant target ranges. There are still over 15,000 nuclear warheads in existence, and there is the ever-present danger that they may be used in war, by accident, or as an act of terrorism. 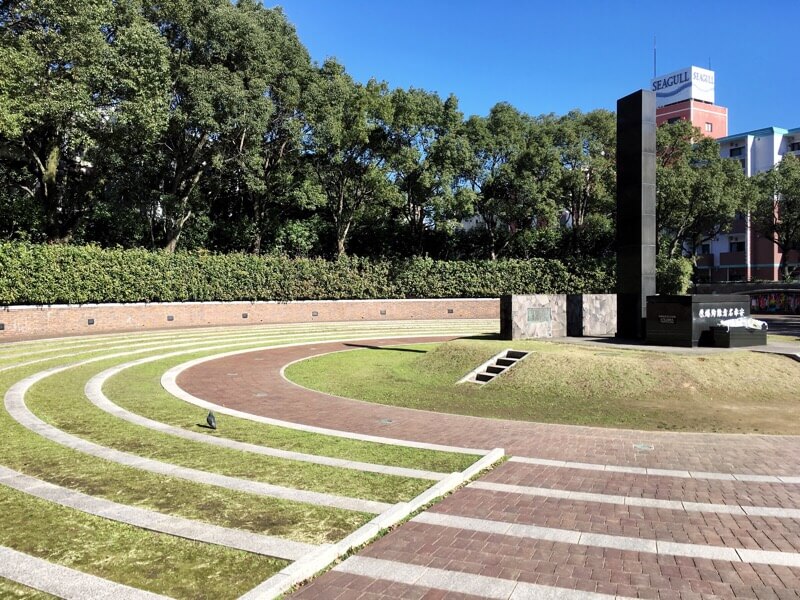 One way of stemming this flow and turning the cycle of distrust into a cycle of trust is to continue with persistent efforts to create trust.

In line with the peaceful ethos of the Constitution of Japan, we have endeavored to spread trust throughout the world by contributing to global society through efforts such as humanitarian aid. In order that we never again descend into war, Japan must continue to follow this path as a peaceful nation.

There is also something that each and every one of us can do as members of civil society. This is to mutually understand the difference in each other’s languages, cultures and ways of thinking, and to create trust on a familiar level by taking part in exchange with people regardless of their nationality. The warm reception given to President Obama by the people of Hiroshima is one example of this. The conduct of civil society may appear small on an individual basis, but it is in fact a powerful and irreplaceable tool for building up relationships of trust between nations.

Seventy-one years after the atomic bombings, the average age of the hibakusha (atomic bomb survivors) exceeds 80. The world is steadily edging towards an era without any hibakusha. The question we face now is how to hand down to future generations the experiences of war and the atomic bombing that was the result of that war.

You who are the young generation, all the daily things that you take for granted–your mother’s gentle hands, your father’s kind look, chatting with your friends, the smiling face of the person you like–war takes these from you, forever. 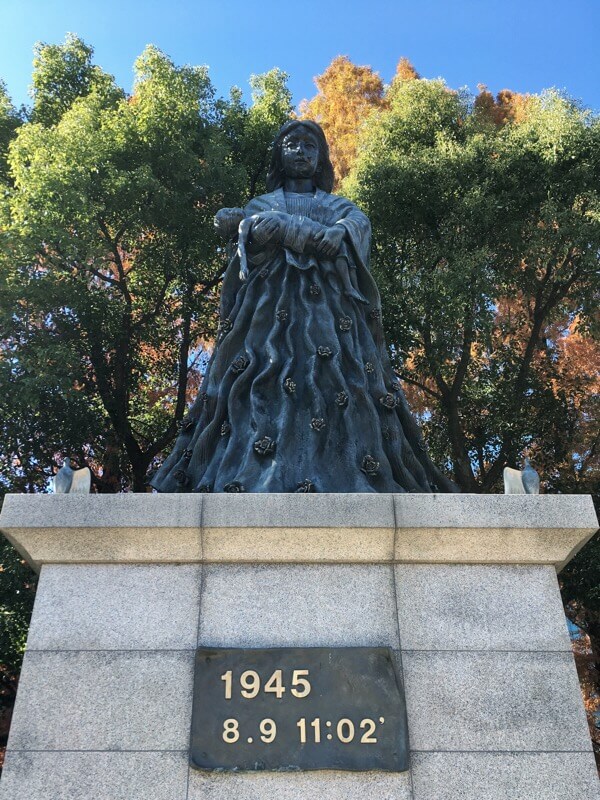 Please take the time to listen to war experiences, and the experiences of the hibakusha. Talking about such terrible experiences is not easy. I want you all to realize that the reason these people still talk about what they went through is because they want to protect the people of the future.

Nagasaki has started activities in which the children and grandchildren of the hibakusha are conveying the experiences of their elders. We are also pursuing activities to have the bombed schoolhouse at Shiroyama Elementary School, and other sites, registered as Historic Sites of Japan, so that they can be left for future generations.

Young people, for the sake of the future, will you face up to the past and thereby take a step forward?

It is now over five years since the nuclear reactor accident in Fukushima. As a place that has suffered from radiation exposure, Nagasaki will continue to support Fukushima.

As for the Government of Japan, we strongly demand that wide-ranging improvements are made to the support provided to the hibakusha, who still to this day suffer from the after-effects of the bombing, and that swift aid is given to all those who experienced the bombing, including the expansion of the area designated as having been affected by the atomic bomb.

We, the citizens of Nagasaki, offer our most heartfelt condolences to those who lost their lives to the atomic bomb. We hereby declare that together with the people of the world, we will continue to use all our strength to achieve a world without nuclear weapons, and to realize everlasting peace.” 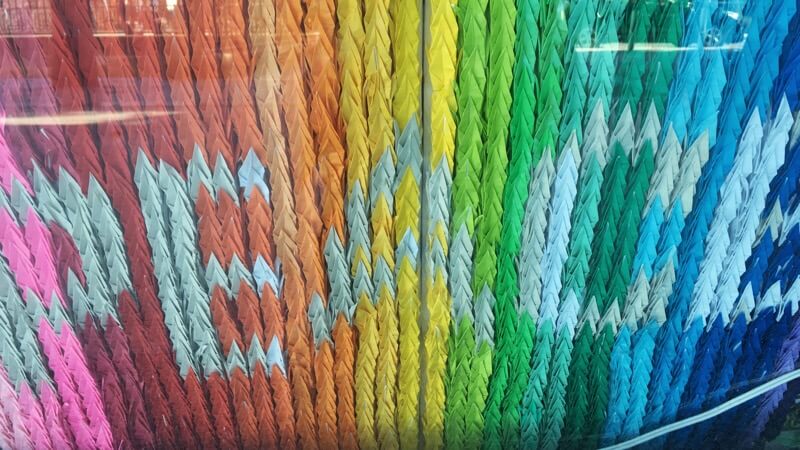 If you are interested in participating in the movement towards global nuclear disarmament, check out Global Zero.